It’s happening again. As I’m getting ready to get on a big plane and fly far far away, the little mother in the back of my head is literally screaming.

“What if it crashes? What if you die? Is this how you want to go out? Do you want that last post to be your swan song? Really? You do know it wasn’t your best work, right? And did you get all the stuff no one is ever supposed to know about buried and out of sight? How about those “Dear Santa” letters in your drawers? Didn’t you dispose of them yet? Did you tell the kids how much you love them? Did they listen? Are you going to leave C like this? Aren’t you/couldn’t you/shouldn’t you do something – well – “special” for her? Isn’t it about time that you did? Even though she’ll be livid if you do? Did you get straight with God? Did you ask forgiveness for all the things you’ve done, felt and thought? How about all those things you didn’t? I mean, just in case the plane crashes? Just in case you die? It does happen all the time, you know. That’s why I simply refuse to board one. They’re flying death traps, pure and simple.”

If you hadn’t guessed, that little mother in the back of my head is a direct inheritance from my (only slightly larger) real-life mother. Given to me on the day of my birth, and fed slowly but steadily over the years since then.  I’m none to sure why she’s still around, as I’ve been spending the better part of my later years trying to kill her off. The little one in the back of my head, that is. My real-life mother is far too accomplished a cook to ever knock her off. Now don’t get me wrong, while helpful at times, overall she’s been much more of a hinderance than not.  I fear as if her fear has kept me back from quite a number of things accomplished and adventures to be had. And I worry she’s only gaining in strength, with the more I try to eliminate her. Or the older I become. Or maybe as a result of a little bit of each.

My real-life mother, of course, will once again be asking for both my flight number and the times of departure and landing. Both ways. She doesn’t need this info, as she will neither be flying on, piloting or controlling the landing of my plane. But she requests it anyway, so she can frantically track the flight’s progress, minute by minute, hour by hour. And as you may recall, since Satan’s personal sex-filled low-slung Camero – the internet – is not allowed in their house, she does this all by phone. I’m pretty sure, in fact, that this played at least a part in the advent of prerecorded messages. I asked her at one point why she needed the departure time, as even she had to admit, very few crashes occurred at this juncture of the journey. To this she simply replied “well, I need to know when to start praying, don’t I?”

That indeed she does.

Did I then ask her why, if she normally says to “put it all in God’s hands”, she then has to meticulously track each and every flight that her boys venture on, even after she’s dropped J.C. a line? Hell. To. The. No. With mom, it’s best not to ask questions that help to highlight that even God himself will never be fully trusted. So she will pray. And she will check. And she will get upset when I land, and don’t even have the decency to call C and herself to let them know that I’m safe. And then she’ll become more irritated still when she tries to commiserate with C, only to hear a response of “if he dies, I’m pretty sure someone will call me. If no one calls, I’m pretty sure things went just fine and proper.” OK, C would never actually use the “and proper” bit, but I sometimes like to pretend she’s British as well. Because the Brits have the coolest accents, and they really do know how to layer. 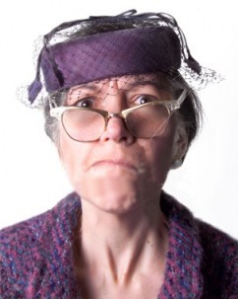 Anywho, back to mom. Both the slightly larger real-life version and the little one, currently reading over my shoulder and sulking in the back of my head. As I believe we’ve already established my feelings on the latter, I feel I should also mention that I truly love the former. She has always made sure that I was OK. And even if she slipped on occasion, causing more damage than good, I know it was done from love, not malice. And I do appreciate the fact that she worries about me. I just wish it didn’t manifest itself as being so – well – worrisome. I also wish she would actually be able to “put it all in God’s hands” one day. I know that’s what I plan on doing again when I get on that big plane, hopefully with a window seat assignment. See, the one thing I can never tell mom I do is this. I do pray. Just for a moment. Each and every time I hear the engines flair and the pilot announcing that we’ve been cleared. I would like to think I do so because I mean it. But honestly, it could be just another instance of my Roman Catholic Voodoo genetics kicking in. Regardless of the reason, I do make sure I’m straight with God before we hit the air. At some point in time, all my secrets will be laid bare any way, no matter how deeply I try to bury them now. They’re safe enough where they currently stay. But if I’m placing myself in a situation wherein there’s even an outside chance resulting in me meeting the Big Man, I think it wise to at least first make sure He’s cool with me, prior to our introduction. So I spend a moment asking Him to forgive me, and asking Him to take care of mine, should my plane be the one that’s going down this time. It does happen all the time, you know.

I know, and still she loves me, right?

Here – please enjoy a little traveling music for our journey and I’ll look forward to seeing you all again the week of the 12th. If you don’t see a post by then, then you’ll know that mom finally nailed it…