“Retire Rich” was emblazoned firmly across the cover of the Fortune magazine I happened upon in the public restroom where I work. I didn’t read the article, in part because it’s a subject I don’t feel I’ll need to be “boning up on” any time soon, and more importantly, because – as I noted previously – it was residing in a public restroom. It’s hard enough for me to actually walk into one, let alone touch anything that happens to be lying about on the stall floor. Directly beneath the headline, there’s an image of a healthy, well-dressed white couple – far too young in appearance to be retired yet, if you ask me – standing on the bow of what appears to be a yacht, overlooking the ocean.

They’re rich. They’re retired. And they’re together. But alone. No one else is in the shot with this couple who’s far too young in appearance to be retired yet. And it bothers me that there isn’t. It bothers me that in the year 2012, we still find ourselves dealing with these snake oil salesmen. You see, I believe that the magazine didn’t just trail up and down the coast in search of a healthy, well-dressed, white, far-too-young-in-appearance-to-be-retired-yet-if-you-ask-me couple. I believe they very specifically chose whom they did, and they then plunked them down in the exact spot needed, to best serve the magazine’s goals. Now I won’t go off about the couple’s race, because I’m certain that Caucasians were only chosen because we seem to work best in seafaring settings. I will however, go off on several other items, but before we move on – a quick digression first:

I said “Caucasian” on purpose. As I for one, am sick and tired of having to be so careful as to what name I use when addressing other races, yet when in regards to us, plain old “white,” still works just fine. For the record, I’m not white – I’m Polish-American. Polish-bald and slightly overweight with a panache for music appreciation-American, if you’re being specific. 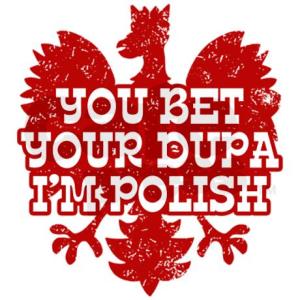 OK, back on topic. I was trying to make a link between the magazine and snake oil salesmen because after all these years, there are folk out there still trying to sell us on the idea of eternal youth. Of happiness through wealth. Of – well – apparently owning the damned ocean’s view, by mere fact of financial independence. I mean, what gives? I’m no Rockefeller, and I’m still allowed to take a peek at the ocean if I want. True, I can’t do it from the bow of a yacht, but it’s still there for me. And that I guess, is the part of the cover that bothers me most. Had the couple been trapped in the surroundings of wealth one normally associates with the stinkin’ rich, I think I would have felt better (or at least not noticed as much) about their being far too young in appearance to be retired yet. But with the ocean setting, it almost seems as if the magazine is saying that the wealthy are freer than the rest of us. Freer than us poor working stiff-types. Free enough to take ownership of what is free already. And that sort of pisses me off. Not because it’s a lie, but because it’s simply not true.

You see, I believe “freedom” is a lot like “wealth,” in that both are concepts very subjective to the beholder. While I can acknowledge that the rich have more goods and products, I can’t see whereas that makes them wealthier than I. And while they may have more time to spend with these goods and products, I can’t see where that then equates to true freedom. To me, true freedom doesn’t have a price tag, but true freedom does cost you everything you own. I know, I’m starting to make less and less sense – right? Let’s see if this works to help clear things up – being able to spend a week in Disneyland, while providing me with a certain amount of freedom, doesn’t make me free. Eventually I must return from my momentary freedom, and work to save up for the next time. Conversely, volunteering with the Peace Corps most assuredly removes every shred of freedom you may have previously enjoyed, but at the same time, it frees you wholly from the existence the rest of us find ourselves trapped in. And not only that, it betters you – frees you to accomplish even more. The time you spend away from worrying about “retiring rich,” allows you to come back a much richer person in the balance. One who will be glad to forego retirement altogether, to focus instead on the pursuit of Life.

Now, I’m not saying that I have ever volunteered for the Peace Corps (or have been to Disneyland for that matter), but I feel as if I have tried to use the opportunities provided to me in my time, to carry on with that sort of a spirit. As I’ve told my children – when I die, God is going to have a LOT of questions for me, but how much money I made is not gonna be one of them. I truly believe that (both parts, by the by), and I wish more people felt the same. I wish that those rich couples would stop staring at the damned ocean from the safety of their yacht and jump in with the rest of us. There’s a lot we could accomplish if we did so collectively. But apart, all that results is a small few on yachts, and the rest of us treading water. Building their yachts for them, as they sail along carefree, right over us.

So, is this just a poor person rant against the rich? Could be, I suppose. But I hope it’s not, and hope even more so that it is not perceived in that vein. I would never tell a rich person to give to the poor what they have worked “so hard” for. But I would invite the rich to stop working so hard for only themselves. It is that very ideology that drives us ever onward to tearing ourselves apart as a species. The very thing that ensures that we will never reach our full potential.

OK, I guess I’m done now, but I do feel as if before I clamber down from my soapbox that I should mention – hey you people living on welfare? You know, the ones who do it just to avoid having to actually work for a living? Yeah, that goes for you too. Let’s all work together, stop making yachts, and start making room at the ocean side for everyone to catch a glimpse, OK? I promise that if we do, then we can all retire rich.