You suck at life…

You suck in your marriage…

You suck at fulfilling your potential…

You suck in love…

Hell, you even suck at limiting this post to just 5 songs… 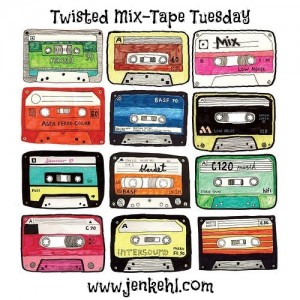 PS: Should you listen to only (1) this week, go with track number #6, as it is damned near the “You Suck” anthem of all time. But also try to give picks 1 through 5 a audio peek as well. I mean, hell, this IS a mix tape, right?

The first time i heard Ska music, what i heard wasn’t actually Ska.

Well, i mean it was – just not the type that the traditionalists would have you believe Ska should be thought of as.

Now, i’m Quite sure that every single person on the planet knows full well what Ska music is, but just in case there are a couple of stragglers out there, a brief description follows:

Ska music was invented in Jamaica during the late 1950’s in an effort to provide local fans and musicians with a homegrown version of American R&B. The genre got it’s name supposedly from the sound made to describe the back beat associated with it. And for many, The Skatalites are credited with inventing it, or at least bringing this form of music to national attention, with hits such as “Guns of Navarone”. Though many (including The Beatles and Blondie) have dabbled in it, there are usually three main “waves” considered when discussing its history – “Jamaican” (or First Wave), 2 Tone (part of the 70’s punk movement) and Third Wave (also known as Skacore). Ska was the precursor to Reggae music, and like many other musical genres, the child has grown to be much bigger than the father ever was.

OK? Good, now back to my story.

My first time hearing it was with a little known band called Fishbone. In my mind, these cats pretty much invented Skacore (thought they never received much credit for it), and their brand of Ska was fast, obnoxious, angry, loud and overall – delightful. 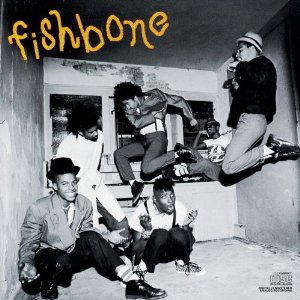 i can’t remember what song i heard first (i have narrowed it down to “Wonderful Life” and “Party At Ground Zero” though), but i do remember the impact it had on me. It was the first time i ever heard something of its kind. All the elements that i loved about punk rock – the anger, the cool hair, the bad fashion, the indignation and the pride – but with a beat. An actual, honest-to-Jesus beat!

Piss and vinegar and the ability to dance – cool!

As is with most things, my addictive personality pushed me onward to discovering more about Ska and experiencing more of the music it had to offer. i became quite the aficionado of all three “waves” and now have (2) binders worth of the genre (that’s right, i keep my CD’s in a series of binders. But THAT is a whole other story to be told…).

Ska has helped me to get through some pretty tough times in my life – both because of it’s happy beat and the way in which it can be used to totally bitch about something and get it off your chest without demoralizing you in the process. And based on what i’ve heard from those who enjoy the genre along with me (there’s more of us out there than you’d think) – it has had the same positive impact for many. In fact, a good friend just told me yesterday “Ska is also very good to listen to when painting.” And i can attest – while not to be confused with one of the “tough times” i speak of above – it also helps in making the chore of ironing almost a breeze.

On rare occasion (and by “rare occasion”, i mean once every couple of weeks) i will get it into my head, upon waking up on a Saturday, to open one of my Ska binders and slide 5 choice discs into the carousel.

i hit play, and wait for the first “ska-ska-ska’s” to come gently strolling out from the speakers, knowing that when they do, i will shortly thereafter hear at least four people shout in unison “Oh NO!  Not ANOTHER flippin’ Skaturday!“