I’ll probably be absent again. I’ll most likely be sorry then as well, but it’ll similarly most likely happen anyway.

I’m here today because my dear friend Tara called me out on The 100 Word Challenge, and as she was nice enough to believe in me, I feel as if I owe her a response. And here it is.

As always, I hope you enjoy… 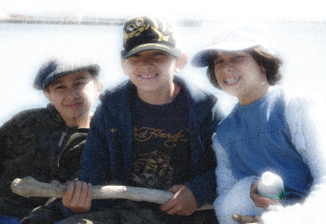 Within the picture, white teeth bursting through long-ago smiles had since bled unbeknownst, merging with yellowing faces now almost unrecognizable.

Drawing an unsure digit against each countenance, he confidently said aloud the name of his children in turn, sniffle-coughs blubbering occasionally interrupting.

The nurse, concerned over his heaving chest, attempted to remove the instigator from his grasp, beginning a struggle she just couldn’t win.

Victorious, he returned to his slack-jawed reverie, wistfully gazing. The photo was peculiar; the photo was all he had left.