My first-born, when he was first born, lay there on the heating-table as the nurse looked to me, saying “He’s yours – you can touch him.” I recently introduced him to the (somewhat painful) world of job applications, though it feels as he was only born a few years ago.

Simon has the power.

Hannah’s 15, and Hell on Wheels. Hell. On. Wheels. A strong young woman who desires popularity, while understanding the power of true friendship. She’s gonna dazzle the world with her persona, a trait she gets – oddly enough – from me.

Hannah has the power.

Ian’s 13. “Last but not least” never had a truer ring, and to me, he’s a Heart Of Gold on two legs – two very short legs. He keeps us four in check, making damned sure that I’m always on top of my game.

Ian has the power. 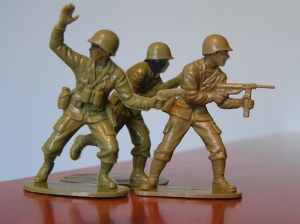 All three bless my Life.

All three lift me.

All three have the power.

Will someday use it. 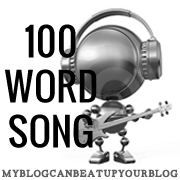 1) This week’s 100 Word Song prompt was chosen by Linda Roy (who has the bestest business cards ever!) – “People Have Power” by Patti Smith.

2) Losing all punk rock cred, I never actually was that much of a Patti Smith fan. I mean, I caught “Because The Night,” and thought to m’self, “Well, that was rather nice,” before moving on. Hey, it happens. Truth be told, I wasn’t all that sold on Iggy Pop either.

3) There are three people in my life who continually inspire me, unconditionally love me, and make me a better man by their mere presence. They are currently walking with me through the hardest challenge of my adult life thus far, and I felt it was once again time to give them their due respect. Even IF I blew the 100 word limitation by a straight 100% in the process. Being their dad is never a pain, and always a pleasure.

3.5) Well. I suppose we can all safely assume that that last bit is a *touch* over-the-top, unadulterated and biased b.s., right…?

30 thoughts on “Briefly… The My Three Adoration edition”