Why not? It’s important to remember that beauty comes not only from within, but from without as well.

And fearful little men – the kind that never raise a fist – may also be willing to throw a punch from time to time, should the cause be just.

Gay kids may very well have a crush on someone of the opposite sex, and straight kids may experience the same with a member of their own.

Packs-a-day smokers may eventually see the light, and quit before Big Daddy Cancer wraps his fist tightly around their lungs. And teetotalers – the kind that are much better at preaching than they are at practicing – might stop wagging their fingers just long enough, to instead hold out a hand to help.

The lion and the lamb may never lay side by side on this mortal coil, but that shouldn’t stop the Christian and the atheist from doing so.

The rich person might someday be more concerned with the content of their character, than they are the cut of their cloth. While the poor person might, on that very same someday, stop using their poverty simply as an excuse to not achieve.

The one who suffers from anxiety may very well look deep into the mirror, and come to realize that they actually ARE exactly as beautiful as people say that they are. And the jaded soul? Well they could decide to melt – even if it’s just enough – to allow for and enjoy that long offered and sought-after hug. 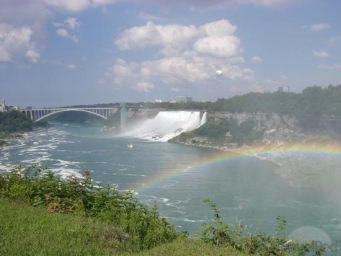 All that’s needed is that we stop placing ourselves first.

I am in no way better than any other. Twice a week I write weakly of love and family, of observations and desires. I write of flight and imprisonment, of people that never lived, and people that never should.  But for all my writing and wistfulness, I have yet to actually felt the sky beneath my wings. I have yet to conquer my fear of me and become what is my birthright as a child of God. Hell, I am only just now starting the process of tearing those damned goggles from my apathetic eyes, feeling them squint and squirm as they’re exposed to the new and burning Light.

This process began two years ago when I laid down the last cancer stick to ever touch my lips, followed shortly thereafter by my enrollment in college. Finally. And after forty two years, today I will be receiving what most of you earned when you were twenty. After forty two years, I will receive my Associates Degree. Seven semesters down, with a 4.0 for each and every one. It scares me to no end what that means. How it frees me to actually go after success. How it precludes me from ever using again my well-worn excuse of being stupid. Of being unworthy. It scares me, but that fear will not stop me. Not this time. Not ever again. Listen, because I don’t say this very often: my name is Troy, and today I did something that is forty two years overdue. Today I impressed the hell out of me. Today I finally realized that mom was right. I am “better than that.” Today, I’m gonna walk off that fucking stage with my head held high, and I’m gonna start to live.

Is it stupid and naive to think this way? Most likely. But I don’t care. I’m gonna give it a try anyway. Because sometimes even packs-a-day smokers eventually see the light. I would ask you to join me if you will. After all, in the final analysis, we really are all that we have, and what we have is exactly enough. And the possibilities? Well my friends, they are simply endless…

45 thoughts on “Can big girls be super models?”