i’ll admit it. i own Rob Halford’s Christmas album. And when i say “own”, i don’t mean i borrowed it from the library and downloaded a copy – i mean i went out and used hard-earned cash to purchase it. Complete with booklet and jewel case even. All for the pleasure of hearing the mighty Halford, of Judas Priest fame, belting out “We Three Kings” while one of his band mates simply melts a guitar behind him. i mean, really, you just can’t get more Christmassy than that. 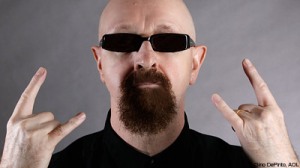 Unless you happen to have Reverend Horton Heat’s version of the same song, that is. In his version, the intro is traditional enough, until you hear those quiet, yet ever-so urgent “1,2,3,4!” – being yelped out with rock-a-billy proficiency – in an effort to get the tune into proper gear. Sadly, with the exception of this little audio gem, the remainder of Heat’s version sounds very much (too much to be considered “genius”, in fact) like the composition that Jimmy Smith laid down years before for his trio, and his swingin’ Hammond B3. Overall, all three artists put out Christmas platters that are different enough from your “average” holiday showcase as to make for a very interesting season – musically at any rate. 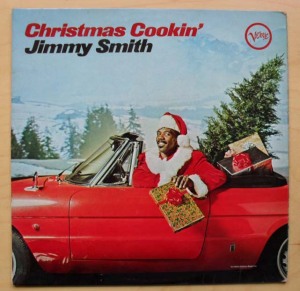 “Now, wait a minute, t!  What does this have to do with your dad’s impending doom, scheduled for some time mid 2012???” Absolutely nothing. That was Wednesday’s post dude – sheesh, stop living in the past, already. No, much like when i was child, the bloat of Thanksgiving hasn’t even delivered it’s final belch before my mind gets all wrapped up in snow and cocoa, in toys and treats (the kind that come in “candy cane” plastic tubes that look like m&m’s but aren’t), and – yes – music. Always me with the damned music.

i’m pretty sure i’ve noted before how music was my first best friend growing up, and as you can imagine, Christmas music in particular got my trigger fully tripped. With it, there wasn’t only sound – but sight, smell and season as well. Every year we had the privilege of dragging the painted-over aluminum step ladder from the basement, clunking merrily along as it hit each and every step, and then carefully climbing it to get into the place where Christmas lived all spring, summer and fall long – the attic. There was a vigorous kind of cold to the space that gave you an excuse to shake off your excitement about *you know who* coming – even years after you weren’t sure if *you know who* actually existed or not. The most sure-footed of us only experienced this chill halfway down, as they stood atop the ladder and held the flashlight, which had been momentarily relieved of it’s concert light show duties. The other two straddled carefully across the wooden braces of the ceiling behind our dad, to remove the dusty, musty boxes that contained all the decorations of the season – tree, ornaments and glassware included. For 18 years we never once slipped and put a hole through the ceiling, but for 18 years it never stopped mom from swearing we would.

Throughout the entire process – from basement, to attic, to decorating – she would have Christmas music blaring throughout the house via our little faux-wood Magnavox stereo counsel (the kind with the sliding top doors – which created it’s own holiday magic as a result of the musty smell that escaped when you first slid back the door to remove the LP from its sleeve). As a result, the tunes became intertwined with the smells and the sights of the day – or maybe it was the other way ’round. Regardless, i still expect to smell mildew, taste chocolate that just isn’t quite like what you thought it was going to taste like, and see little plastic elves and Santa’s all brightly painted and lit from within – each and every time i put a Christmas disc in and hit “play”.

The memories were so palpable, i spent several years hunting down my three all-time favorites from days gone by, as follows:

and of course, Al Hirt’s “Have Yourself A Merry Little Hirt” (he could never get away with that kind of album title today! i couldn’t find an image of the original sleeve to share with you here…)

As you can imagine, it was a tough-go at times, and wasn’t until i was finally able to find all three on CD that i received my USB turntable. You know, the thing that i could’ve used to simply transfer the original vinyl over to mp3 format and make discs of my own. i’m not complaining though, because along the way, i was able to stumble upon little gems such as the three discs i started this post with, as well as a whole bevy of beautifully mixed compilations (might i recommend the Ultra-Lounge Christmas series? A delight for both the young and the old – well, until the young are just old enough to worry about “getting old”, at which point they disengage from the series altogether, and call you all sorts of bad “old person” names in the process.) Oh lookie, we’ve digressed again! Anywho. Although three little albums is all i really needed, i have (over the course of years, mind you) ended up with a 4″ binder stuffed with an excess of over one hundred discs. And that’s just Christmas music we’re talking about. Yeah, always me with the damned music.

As a result, if you ever come by my house – anytime from the day after Thanksgiving until New Years Eve – you’ll most likely hear folks like Halford and Heat, singing side-by-side with Crosby, Martin and Sinatra. You’ll hear both the Carol, and the Techno, of The Bells. You be able to go to “Christmas Island” to enjoy a “Reggae Christmas” or travel to the city to experience either “Christmas in Hollis” or a “Fairy Tale of New York” (regardless of which place you aim, just make sure you use RuPaul’s “Christmas Train”). You might be driven to drink by the dour Christmas of Johnny Cash, or you may be brought to your feet in praise, when the likes of Mahalia Jackson and Bobby Darin hit the stage. You could spend New Years Eve with Wayne Newton, or you may decide to spend all 12 days of Christmas with the MacKenzie Brothers instead. Hell, it’s the one time of the year i even allow McCartney into the house for a song, and yes, Burl Ives stops in occasionally as well – the whole house falling to an expectant holiday hush with his arrival. In short, i suppose you could say that around this time of year, my house is just one big hot musical holiday mess.

i’m not sure how the family feels about it (even though i really am sure…), but for me, it’s almost the best part of Christmas.