i miss the high ceilings and the old white walls of its architecture. i miss the trailer park parties and the new wave girls that inhabited them. i miss the tribe that we cobbled together – coming from across almost all 50 of the states and a multitude of races. i miss the “fashion” of slouchy socks and brightly colored vests, that danced side-by-side with “Ramones” t-shirts and torn jeans. i miss the relationships that i’ll never (seemingly) be able to regain, and maybe most of all, i miss the me that was there. Seems pretty odd that i would miss it so, considering that it was the only place to ever see me straddling a bridge, ready to jump… but there you go. North Carolina (Jacksonville and Wilmington to be specific) was the place to be in the late 80’s if you wanted to see this particular little boy grow into a man. 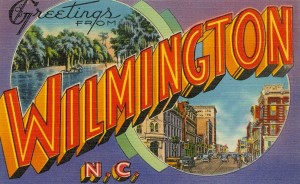 i came to realize all this the other night while watching “RuPaul’s Drag U”, as a result of seeing one of the celebrity guests (i’m thinking it was Jane or Julie, but then again, it might have also been a scene in a commercial for all i know. Suffice to say, there was a bit of vodka involved, and i can’t be too sure, so let’s just move on with the story if you don’t mind) hanging out in digs very similar to those i knew back in good old N.C.

The rustic white walls and the high ceiling shown in the pictures of Jane/Julie/the commercial had an immediate and unforeseen effect on me. Tearing at my heart to the point where i actually later woke from a somewhat fitful sleep to begin composing this post on my phone keyboard (and trust me , if you knew me you’d understand all the better what a sacrifice both those actions involved). But now, i feel sort of bad for having that reaction. i mean, while those were good times in a wonderful place, they’re now only a very small blur in my life’s rearview mirror – ancient history if you will. And there’s no turning back at any rate.  i can no more return to the Wilimington of my past than i can return to the me that resided there. And nor do i want to. My current life is quite nice, and while there is little money, much less free time and even fewer hairs to comb than previously, i feel rather “rich” with many blessings that were unearned as well as with a multitude of accomplishments that were. In short – it’s been a rough, but enjoyable ride. And i’m getting there. i’m getting better. Day by day.

So, what gives then with the longing that attacked me? Again, there was vodka involved, but i don’t really feel as if this was the trigger. Rather i think it simply served in opening the particular door in my mind that would allow for the experience. i can’t be sure, but i think the issue might just be this:

As noted before, i miss the me that was there. Not so much as in i want to actually be him again – but rather – i want to remember him and his times with; well, someone who also has those memories. i suppose i want to (only sometimes mind you) take a break from the “now” and remember the “then” – a task best accomplished when you have a friend nearby whom you can trade tales with. One who also remembers the same “then” that you do. So in other words, a task i’ll never be able to complete successfully.

In addition, there was more money to blow, more time to waste and more “freedom” to be exploited back then. More ignorance and poor choices as well, to be sure – enough that i’ll never want to go back. But still, i think it’s nice to remember a time when you had little to do, especially during those periods where you find yourself overwhelmed in your current place and time. The younger me had the task of getting off that bridge, but he never had to deal with being a parent, a “too late for college but still pursuing it” student, a manager (of sorts) or a son dealing with an ailing father and the mother who stands by his side. Had the younger me known all this was coming, i think he still would’ve gotten off the bridge, just not nearly as quickly.

Regardless, he is gone, and i am here. And North Carolina is gone as well. Well, at least my version of it. And that’s good. And, at the risk of being somewhat overly simplistic, it’s also good that i can revisit it from time to time. Maybe i should find the time (and friend) to do so. If nothing else, just to allow myself an occasional break from the “now” – coming back to it refreshed in the knowledge that one day, it too will be looked back upon fondly.